6. Frequent Infections or Illness
Having healthy lungs is important in helping to stave off viruses and other infectious diseases. If your lungs are in bad shape, you may notice that you experience more frequent colds, flu, and other respiratory illnesses. If you’re getting sick several times a year, it may be an early sign of lung cancer or another lung-related issue. Cancer can block your airways which may lead to serious infections or more frequent infections. 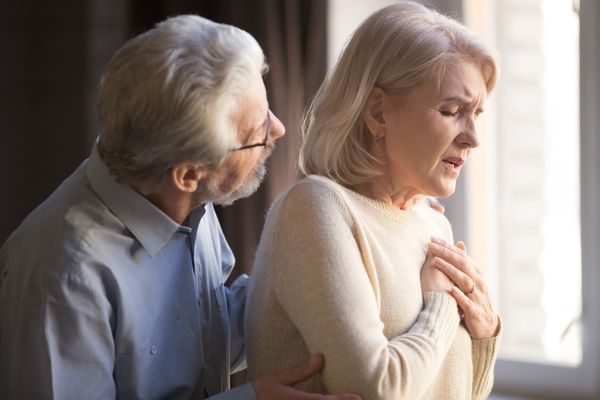 7. Changes in the Hands or Fingers
Unusual thickening of the hands or fingers may indicate an early sign of lung cancer or even heart disease. Examine your fingers closely and look for rounding of the nail bed or see if you notice an unusual thickness of the phalanges of your fingers. These changes will typically be quite noticeable, which means that you should have them checked out by your doctor or an oncologist as soon as possible to confirm what’s causing the change.

8. Wheezing
Wheezing is a common problem for asthma patients, but it can also indicate the possible presence of lung cancer. If you’re a heavy smoker, you may notice that you tend to wheeze a lot more than nonsmokers do, or that you wheeze whenever you’re active. While wheezing may be caused by an illness like the common cold, constant wheezing, or an unusual whistling sound when you breathe should be examined by a medical professional as soon as possible.

9. Coughing up Blood
Bloody phlegm is a serious concern that should never go ignored. If you notice that you cough up blood, it could indicate possible internal bleeding. Phlegm that contains streaks of pink or red typically indicates that there is a presence of blood. This may mean that you have a lung infection, but it could also mean that there is some lung cancer present, so it’s advised that you never take blood in your mucus lightly.

10. Raspy Voice or Hoarseness
If you start to notice that your voice sounds raspy or that you’re going hoarse more often, it may be time to get a checkup. Frequent hoarseness or a raspy voice when you’re not sick from a cold could mean that there is something serious going on with your lungs. This symptom is most common among smokers, but it’s also one of the early signs of lung cancer, even if you don’t smoke or you quit smoking long ago.

Next ›
© 2021 FAQtaholics.com.
Connecting you with fresh and informative content